Now before I get into my problem and questions with the very good Starz time-travel television series “Outlander,” allow me to digress for some needed context.

And there have been so many great time travel movies. Each also comes with its own set of time-travel rules. Often, for the sake of the plot, these rules are invariably subtly broken or ignored.

Now the last one does raise a point, as Nick Barkley said in the pilot episode of The Big Valley (talk about digressing but it’s where I got the line). And as they say on Watchmojo.com, “spoiler alert ahead,” and applicable whether it’s an almost 30 year old movie, or recent TV series like Outlander.

BACK TO THE FUTURE II-TIME TRAVEL PROBLEM

When I first saw Back To The Future II upon its 1989 release, I noticed a time travel mistake. I told all my friends about back then and through the years, being so proud of my deductive reasoning. I even hoped to  impress my dates when the subject could be brought up. No one else I spoke to about this noticed it in the movie. When I discovered IMDB.com in the early 2000’s, and eagerly looked up the trivia on all my favorite movies–taking about two weeks out of my life–I expected to find that time-travel mistake in Back To The Future II’s Trivia, Goofs or FAQ’s, but it wasn’t there. 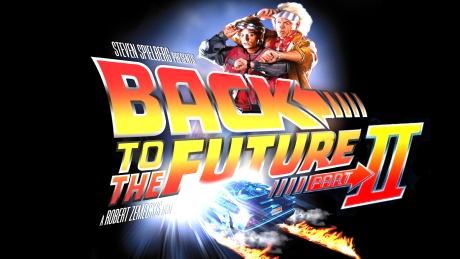 Ok, here’s what I first noticed that at least no one in my circle did back then. In the movie when Doc and Marty go back to the horrific alternate 1985–where Biff is in charge of everything– 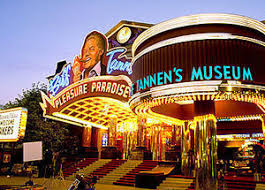 –Marty asks Doc why they can’t simply go back to 2015 and prevent old Biff from getting the incredibly-thin 60 year old sports almanac in the first place, as that’s what has caused all the problems in the plot. Doc tells Marty that if they travel into the future from the time line where they are currently at, they will end up in an alternate 2015, not the one they came from.

Fine. Ok. No problem. Except, Biff went to 1955, gave his younger self the sports almanac, and did return to 2015 just fine. A Back to The Future time travel rule the writers, director and producers came up with, was promptly violated.

I asked one friend about it at the time, a very smart guy who gave me one of the most poorly reasoned answers ever; that old Biff raced back to the future before young Biff could use the almanac! I couldn’t articulate it back then to him on why that’s so off-base and wrong.  I know why but it’s hard to explain. Ok, I’ll give it a try here: You can’t out-race time. It’s not measured in actual time. The instant  Old Biff goes back to the future, young Biff has already used the almanac to change the future. Old Biff can’t outrace time, even if he travels to the future in seconds, because each and every year up to his return to 2015 has passed, been lived and played out. There, how’s that?

Now eventually the goof I discovered all those years ago was finally, finally addressed in the movie’s IMDB.com trivia and FAQ’s a few years ago. I believe director  Robert Zemeckis said that a scene was filmed where Biff “disappeared” upon returning to 2015 but was left on the cutting room floor. However this explanation doesn’t hold water either because old Biff, based on the time travel rules the movie set in place, simply could not have returned to the same 2015 he left. Not even for an instant. His cane couldn’t have returned or stayed either, which Marty discovered in the DeLorean, which also couldn’t have come back to that 2015.

There’s a few things on this now on the film’s IMDB.com page, in the trivia and FAQ’s, some of which contradicts the other stuff. But bottom line…..

Case closed. Score one for me long, long before this was ever even mentioned!  (Even if I’m the one keeping score)

Now lets talk about Outlander. As many of you may know, the Starz series is based on the Outlander novels by Diana Gabaldon.

I never heard of the books or the author before first watching the series last year.

The series stars the engaging Caitriona Balfe as Claire Randall, a married British World War II nurse who in 1946 finds herself transported back–via the mystical stones of Craigh Na Dun in Scotland– to the Highlands of Scotland of 1743.  It is a mystical and spooky rural setting. Soon she encounters Highland warrior Jamie Fraser, played by Sam Heughan. The two become the love of each other’s life while becoming involved in the Jacobite uprisings. 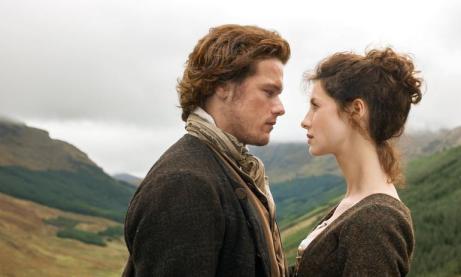 Now, and again reminding, spoiler alert ahead if you haven’t seen some of these episodes. I’m not referring to any of the books, which I’ve never read.

Season two opened with Claire back in 1948, and then most of that season is a flashback leading to the events of how and why she got back. We eventually learn Claire and Jamie decide she must go back to her time. Claire is pregnant, and Jamie is committed to fighting  the Battle of Culloden in 1746, a battle that he is likely to die in. Claire and the baby need to go somewhere safe, back to Claire’s husband Frank. Claire goes back to the stones of Craigh Na Dun– one in particular–that apparently only work as a time-travel vehicle for some people–and is transported back to the Great Britain of 1948 or there abouts.

The last episode of 2016 takes place in 1968. Claire and Jamie’s daughter Brianna is now a young adult and she learns of her mother’s incredible time-travel secret and that Frank was not her father, but Jamie. Also in the episode Claire learns that a young woman named Geillis –who she knew during her years in the past, 1743-1746 and discovered then was a time-traveler also, originally went back in time through the stones in 1968. Gellis landed in Scotland sometime before Claire did in 1743.

In the fifth episode of this season, Claire has learned Jamie survived the Battle of Culloden and was alive as of at least 1765. So Claire eventually decides to go back in time to find Jamie.

Fine. Ok. No problem. Except, those darn stones stones of Craigh Na Dun aren’t like Doc Brown’s DeLorean. There is no flux capacitor–which is “what makes time travel possible,” as Doc Brown says. There also no dashboard to program when and where you’d like to speed off to.  It’s not like Alexander Hartdegen’s time machine in 2002’s The Time Machine, where you similarly punch in your destination.

Nobody knows how in the heck the stones work. There no instructions posted or a handy manual. Therefore and logically, Claire’s can’t be sure when and where she will land! She surely must know this because of the aforementioned Geillis, who went back in 1968–just like Claire wants to, and did not end up in a 200 year or so interval. Geillis landed as I said, sometime before 1743.

There is no mention by Claire of this or anyone else who knows Claire’s secret of the folly of this plan. The writers just ignored it. Hey guys, how about at least one scene where Claire acknowledges she’s taking a huge shot in the dark; that she doesn’t and can’t possibly know where she will end up? Instead Claire has an almost certainty she can use the rocks like an elevator and just pick which floor she’d like to get off on.

I did pose this question on Twitter to the author and a producer of the show. I didn’t receive a response. One person did respond, telling me it’s explained in the books.

Fine. Ok. No problem. Except, I’m watching the TV show, not reading the books! So I have to read the books–not book but books as in plural, to get the answer? Shouldn’t the producers of the show made certain my point was addressed? It’s the elephant in the room and they are just throwing a very large sheet over it hoping I’ll forget or not notice?

I even saw on Diana Gabaldon’s Twitter feed she told someone who posed a question about something else, that the person should read her books. That might be applicable for that person’s question, but not for mine.

I’m watching a television show. It’s incumbent on the production staff to provide those kinds of answer to key questions. They can’t just be ignored.

Whether it’s a time machine, a time-traveling Delorean, or some rocks, time-travel movies and shows often and invariably have to break their own rules, ignore them, or not address them at all.

I’d like to go back in time and bring this to the production staff’s attention before they filmed these episodes. And I promise, I won’t break any time travel rules; I won’t try to encounter myself, I won’t interact with people other than for my stated mission, etc.

Until next time, when and wherever that might be,